33 of the Best Things to Do in India 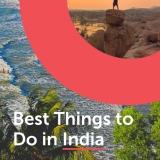 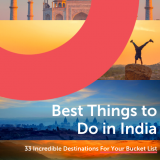 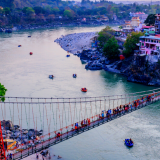 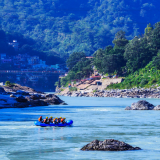 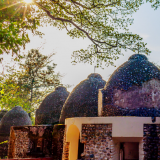 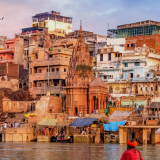 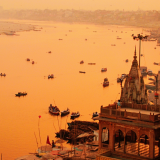 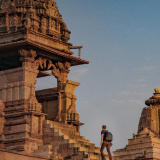 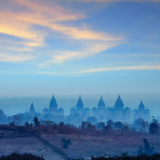 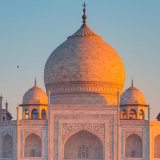 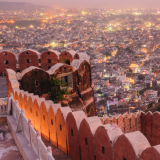 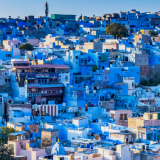 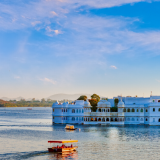 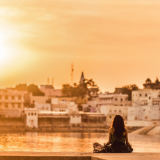 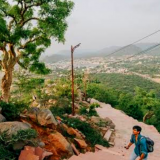 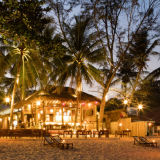 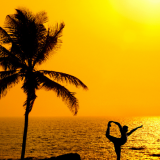 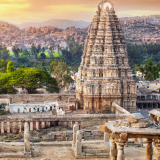 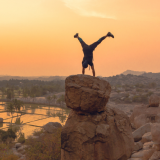 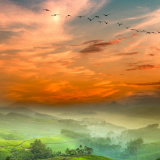 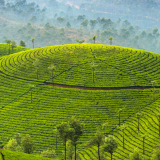 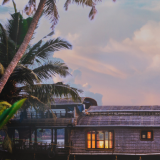 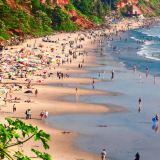 India is a vibrant and cacophonous country with something new around every corner. The nation is home to some of the highest mountains in the world, vast expanses of picturesque beaches, cool hill stations, and famous backwaters. India is the birthplace of yoga and a home to the Dalai Lama. Its people are incredibly diverse, practicing a range of religions and speaking a variety of languages. It claims one of the Seven Wonders of the World.

The history of this nation is long and complicated, with many different cultures and empires asserting their influence over the years. Remnants of these great powers stand today displayed in architectural wonders and magnificent places of worship.

Here, chai is drunk frequently, tuk tuks careen down narrow streets, and trains are full to the brim. The colours are vivid, from saris to natural dyes to fresh fruit and vegetables. Somehow there is order and beauty in the chaos.

The holy River Ganges winds its way through Rishikesh and the Himalayan foothills, where traditionally yogis went to meditate. Today, Rishikesh is home to hundreds of yoga schools and ashrams where you can take a class or train to be a yoga teacher under some of the best teachers in India.

In Rishikesh, the mighty River Ganges has only just left its mountain origins, so its waters are a dazzling turquoise and much cleaner than further downriver. Take to the river on a raft for an adrenaline rush. The current is strong, so make sure you have a guide.

The Beatles visited Rishikesh in 1968 to study Transcendental Meditation under Maharishi Mahesh Yogi and wrote many of their songs during their stay. The site was abandoned in the 1990s and the forest was left to grow. Today, the Beatles Ashram’s meditation huts are surrounded by luscious forest and lyrics are painted on the walls.

Watch a Ganga Aarti ceremony on the banks of the Ganges

Once the sun has set, head down to one of the ghats for the Ganga Aarti ceremony. The Ganges River has spiritual significance and is referred to as Mother Ganga. The Aarti ceremony consists of song and prayer, and lamps are lit as an offering to Mother Ganga.

Varanasi is an ancient city of huge spiritual importance. Many Hindus come to Varanasi to die, be cremated, or to wash away their sins in the Ganges as it is believed in doing so they will achieve liberation. Wandering around this city can be a shock to the senses, but it is India at its most raw.

Watch the sunrise over the Ganges in Varanasi

Watching the sunrise over the ancient and crumbling city of Varanasi from a boat on the Ganges is a magnificent sight. Grab a steaming cup of chai before you go to wake up and stay warm.

Explore the Rajput architecture in Orchha

Orchha is a small rural town off the beaten tourist track featuring spectacular Rajput palaces, temples, and cenotaphs dating back to the 17th century. These crumbling structures stand among peaceful, landscaped gardens alongside the Betwa River.

Stay with locals in a homestay

When visiting a rural town like Orchha, stay with a local family in a homestay. This is the perfect way to get the best home-cooked food and really get to know the locals and understand how they live. The Indian people are often very friendly, welcoming, and hospitable.

See one of the Wonders of the World: the Taj Mahal

The glittering marble Taj Mahal is the ultimate monument to love. The building is a mausoleum built by Mughal emperor, Shah Jahan, for his wife, Mumtaz, in the 17th century. The monument is at its best at sunrise or sunset when the white marble embedded with precious stones and Islamic calligraphy turns rose or gold.

Take a tour of Delhi

Stroll down the chaotic streets of Old Delhi, sample the street food, and enjoy a cup or two of chai. Visit the iconic Red Fort, Humayun’s Tomb, and the Jama Masjid for your cultural fix. Then head to Lodi Gardens for an unexpected moment of peace.

Visit the imposing forts of Jaipur

Jaipur — India’s Instagrammable pink city— is known for its famously pink City Palace and Hawa Mahal (both are worth a visit!). But a quick tuk tuk ride outside the city is where the most impressive architecture lies: the Nahargarh, Jaigarh, Amber Forts, and the Jal Mahal Palace. Amber Fort is the most spectacular, with intricate patterns and mirrors decorating its decadent rooms.

Explore the blue city of Jodhpur

Jodhpur is known as the blue city because the houses of Brahmins were painted blue and the colour was believed to be a good insect repellent. However, now the blue houses are diminishing. More spectacular is the Mehrangarh Fort that towers over the city, the marble tombs at Jaswant Thada, and the Toorji Stairwell, a deep, stepped well that used to be crucial for water storage and staying cool.

Take in the romantic City of Lakes in Udaipur

Udaipur is centred around Lake Pichola. The spectacularly ornate City Palace sits overlooking the lake and the Lake Palace is now a beautiful Taj Hotel right in the centre. The city is home to many lake-side bars and cafés, as well as the odd haveli (an ornate traditional home).

Escape into the hills surrounding Udaipur

A short journey away from Udaipur is a collection of man-made lakes and gently rolling hills. Lake Badi is the most popular of these, with more lakes accessible with a local guide to show you through the rural villages. Watch the glorious Rajasthan sunset over the lakes from the top of one of the hills.

Hang out with rescue animals at the famous Animal Aid shelter

Animal Aid Unlimited is one of the largest animal shelters in India and is situated just outside Udaipur. It takes in sick or injured street dogs and rescues goats, sheep, cows, donkeys, and other animals from mistreatment. Every creature is cared for with infinite love before many are returned or adopted. You can visit for the day or volunteer.

Take a pilgrimage to the sacred lake in Pushkar

Pushkar is another Rajasthani town centred around a lake. This lake is sacred due to its connections with Lord Brahma and lining the lake are ghats, which connect the dozens of temples to the lake and its bathing pods.

Shop until you drop in Pushkar

Pushkar is famous for its bazaars and shops selling all the best Rajasthani carpets, silver, and leather as well as handicrafts from across the country. Prices are usually lower here than elsewhere.

Watch the sunset from the Savitri Temple

The Savitri Temple is a short walk outside Pushkar and up many flights of stairs. Sitting on the hill outside the temple, you can see for miles across the plains and the hills. The sunsets here are incredibly vivid.

Enjoy the nightlife in Goa

Goa’s nightlife has something for everyone. Arambol is home to the famous ecstatic dance venue: The Source. The beach state has many other places for a more traditional night out partying. Or, for something tamer, there is always some live music on somewhere.

Relax with a yoga class in Goa

Goa is not only famous for its nightlife and beaches, but also for the wide variety of yoga retreats and classes on offer. Classes to suit every level and type of yoga can be found, but tend to be more western than traditional.

Escape to the secluded beaches of Gokarna

Gokarna town is a small pilgrimage site due to its Shiva temple, but foreign tourists usually come to visit one of its many beaches: Gokarna, Kudle, Om, Half Moon, and Paradise beach. The beaches here are quiet and many people stay in basic beach huts. There are some yoga classes here too.

Get lost amid the ancient ruins and boulders of Hampi

Hampi’s landscape consists of massive boulders stacked haphazardly between green rice paddy fields and palm trees. Scattered everywhere are the ruins of the once great Vijayanagara Empire. It’s a spectacular and unparalleled natural and cultural phenomenon. The best way to explore is to rent a tuk tuk or bike.

Climb a boulder in Hampi

Climbers come from all over the world to try their hand at the many boulders scattered around Hampi. The most experienced climbers come with their crash mat and shoes and tackle whichever boulder they fancy. Competitions and workshops take place each year.

Study Ashtanga Yoga where it started

Mysore is a clean, green, and functional city. Basically, a complete anomaly in India. The district of Gokulam is home to many yoga schools, most of which teach Ashtanga yoga, a vigorous style of yoga that started in the city. If you’re lucky, you could study under one of the founder’s descendants.

Experience the clash of cultures in Fort Kochi

Fort Kochi has seen the Chinese, Dutch, Portuguese, and British all claim it as their own. Two thousand years ago, Jews arrived fleeing persecution. Today, the presence of Kerala’s ruling communist party is seen throughout the city. Remnants of each of these cultures remain: the Chinese fishing nets, the synagogue, churches, and old warehouses.

Get off the beaten track in Wayanad

Wayanad is situated on the Western Ghats. Kerala, the state Wayanad is located in, is famous for its tea plantations and spectacular hikes. Wayanad is barely developed for tourists so it retains a rural feel. Wandering the paths through the plantations takes you past old colonial plantation buildings standing amongst a sea of green tea fields stretching as far as the eye can see.

Standing at 2100m, the hike provides spectacular views over Wayanad. Chembra Peak is often closed for conservation or repair, so it is worth checking whether it’s open. There is also a trekking charge for this hike.

There are numerous hikes to choose from in the area surrounding Munnar, including Lakshmi Hills, Anamudi and Chokramudi. You will need to pay for a guide, transport, and the trekking fee – you can’t just rock up on your own. All of the hikes are best at sunrise, when views are the clearest.

Visit the tea plantations in Munnar

Munnar is a popular destination to sample tea and explore the picturesque tea plantations. The region is a lot more industrialised than Wayanad with a bustling town, but once you are up in the hills it is more peaceful.

Lounge on a houseboat tour of the backwaters in Alleppey

The Keralan backwaters are where a few different rivers meet the Arabian Sea. The waters have been manipulated to create lakes and canals and many people live along the waters and get around by boat. You can rent a traditional houseboat for a day or two to float along, enjoying the green palm trees and mangroves around you.

Alleppey is very built up and touristy, but it isn’t the only place to see the backwaters. Munroe Island is a picturesque part of the backwaters with few amenities for tourists, but more authentic charm. You can take a houseboat here or rent a canoe and take to the water yourself.

Chill out on the beach in Varkala

Varkala is a town set on a cliff overlooking a stunning sandy beach. The town is full of cafés, ayurvedic treatment centres, and yoga studios, and the beach is relatively quiet, especially during the week. There are plenty of other beaches along this stretch of coast if you want somewhere more secluded. Hop on a quick flight from Kerala to Colombo to explore hundreds of hidden and secluded beaches (one of the best things to do in Sri Lanka).

41 of the Best Things to Do in Sri Lanka

7 of the Best Train Rides in the World