11 of the Best Things to Do in Wroclaw, Poland 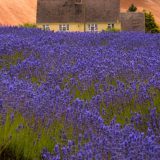 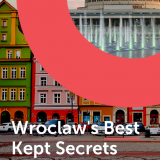 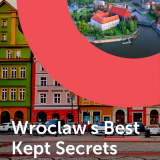 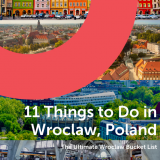 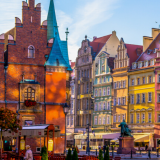 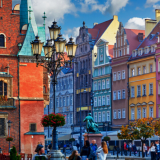 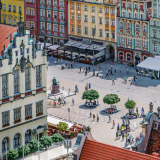 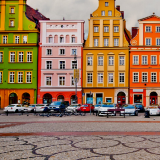 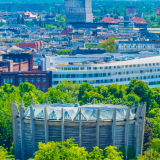 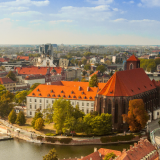 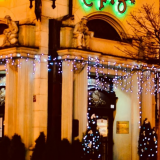 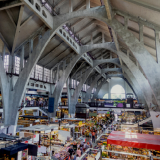 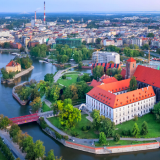 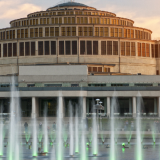 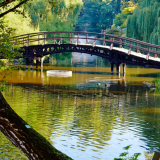 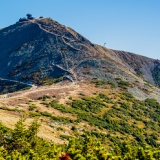 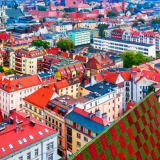 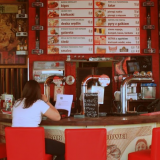 Wroclaw – pronounced frohts-wahf – might not be easy on the tongue, but it’s certainly easy on the eye! Spread over a series of small isles on the Oder River, it’s a classic medley of Gothic, Germanic, Slavic, and medieval architecture. Look here —an iron-clad turret filigreed with metalwork and gargoyles pokes above the skyline. Look there —you’ve got cobbled alleys laced with beer halls and dumpling shops.

The fourth-largest city and a major university hub, Wroclaw is filled with some of the best things to do in Poland. The arrival of countless low-cost carriers has only helped matters, bringing that sought-after tourist dollar and becoming a major stag do destination (ahem). But if you can ignore the fancy-dress beer guzzlers (there aren’t too many!) for a moment, there are UNESCO sites, centuries-old squares, and Communist-themed eateries waiting just around the corner.

A whopping 213 meters by 178 meters of pure Gothic glory—that’s the Wroclaw Market Square. Steep-roofed merchant guilds tower on one side, the grand redbrick spires of the Old Town Hall rise on the other. But it hasn’t always been like this. The tumult of WWII left the whole thing in ruins. Meticulous reconstruction efforts have since paid off, with a few added flourishes. The curious Zdroj Fountain is a fun-filled sight that gurgles on the west end of the plaza. And you can see the brutalist tenements that were raised by Heinrich Rump looking totally out of place among the gilded medieval façades.

Be immersed in a giant Panorama of the Battle of Raclawice

A fearsome Polish cadet loads his rifle. Smoke billows from the barrel of a cannon. Cossacks tumble over stacks of bloodied bodies. Russian fighters swing bayonets to and fro. No, you’re not in the most recent edition of Eurovision. You’re in the great Panorama of the Battle of Raclawice. It’s perhaps the most prestigious piece of art in all of Wroclaw, measuring 15 meters by 114 meters. Those dimensions mean it needs to be housed in a giant cylindrical building (pictured above). It’s worth grabbing an audio guide to help you pick out the meaningful details; they’re available from the main ticket desk.

To walk through the doors of SETKA is to transport yourself back to the years of the Polish People’s Republic. Gaudy lights and kitschy remakes of Communist-era signage mingle with the sepia-faded images of USSR mustachios, creating a space that’s more 1970 than 2020. Drink or food, there’s something to get you in the mood. Salty herring and a shot of vodka, perhaps? Gelatine veg and gherkins, maybe? Frothy piwo (that’s beer to you and me) with a hunter’s stew? It’s all on the menu, and the prices will hardly break the bank!

Wander through the streets of Wroclaw’s Old Town

Like Krakow, Warsaw, and Gdansk before it, Wroclaw is anchored on a lovely Old Town. This is, as the name implies, the most venerable district in the city. However, unlike its urban compadres, Wroclaw’s Old Town straddles a small archipelago on the Oder River. You can start exploring from the Market Square. Close by is tight-knit Plac Solny, another plaza that once hosted bustling markets selling salt. Over on Szewska Street is where you’ll find the strange Football Fountain, along with a peppering of enticing cafés. To the north is the campus of Wroclaw University, mingling Soviet tenements with centuries-old halls.

Transport back in time in magical Ostrów Tumski

The very oldest corner of the Old Town is Ostrow Tumski. It’s a serious stunner to behold. Capping what was once an islet on the side of a babbling river, it’s crowned by the dagger-like spires of the mighty Wroclaw Cathedral. Around those swirl cobbled streets and ancient inn houses dressed in ivy vines and flowers. Archaeological digs have indicated human habitation going back beyond the 9th century, and the remains of a Piast dynasty church. Visitors coming in winter can look forward to perhaps the most magical sight of all: when Tumski glows with after-dark lanterns in snowfall and mists.

Shop for all the Polish foods at Hala Targowa

Old on the outside, concrete-chic on the inside, the Hala Targowa of Wroclaw is a curious Russian doll of architecture. Delve behind the brick-built façade and you’ll soon be hopping from gingerbread shops to smoked Silesian cheese sellers, flower emporiums to fruit hawkers. Even if you’re not buying, it’s a doozy of a place for people watching. Be sure to look up and take in the amazing concrete arches. Mimicking the flying buttresses of an old cathedral, they score the ceiling like the bones of a mighty blue whale.

Bearing its grand UNESCO World Heritage tag for all to see, the hulking Centennial Hall is a masterwork of concrete construction. Raised in accordance with plans by Max Berg back in 1911, it soars over the eastern edge of the city like a UFO that’s just plopped out of the stratosphere. The piece de resistance for lovers of architecture is the huge domed cupola. It spans 69 meters across and raises up more than 25 meters above the interior spaces. You can find all sorts of events taking place inside, from wrestling showdowns to business conferences. A small café just outside the north entrance offers a prime place to sit with a coffee and take it all in.

Is the bustle of Poland’s fourth-largest city getting you down? Want an escape to something more serene? Well, there’s good news. You won’t need to hitch a ride to the Karkonosze Mountains to get your R&R (more on those later, though). Instead, you can make for the lily-padded ponds and arched wood bridges of the Japanese Garden. They clutch the grounds of the Centennial Hall and unfold in pebbly rock enclosures and Buddhist pagodas where you can sit, read, or just watch the world go by. The gardens close at 7pm but look particularly pretty as the sun begins to set.

Hop the islands of the Oder River

One of the curious features of Wroclaw’s topography is its islands. Fragmenting into little land masses on the Oder River, the downtown is linked by more bridges than you can shake a Polish gingerbread at. Some of them have intriguing points of interest. Take Bielarska Island, where kids’ playgrounds give way to a bulbous folk statue depicting the Greek philosopher Socrates. Or, head to Slodowa Island, a favorite of the local student crowd, who gather for BBQs and beers (though drinking in public isn’t strictly allowed) in the summer evenings.

Make a beeline back to the big Market Square and jostle for a pub table in the garden of uber-famous Spiz. This all-in-one Polish-German tavern come brewery bursts with pork knuckles, hops-smelling ales, dark beers, schnitzel, and soups. It’s got wonderful al fresco seating that gazes over the central plaza at babbling fountains and student-filled bars. Drinkers can indulge in some of the very first craft tipples ever produced in Poland. They’re best served with a platter of cream cheese and hard rye bread.

Wroclaw is hailed as the gateway to the gorgeous region of Silesia. That extends along the Polish-Czech border through woodlands and hills. However, perhaps its most eye-watering draw is the Karkonosze. Also known as the Giant Mountains, you’ll instantly see why when you spy the grass-dashed slopes of peaks like Szrenica and Sneszka. They lift above the forests to gaze out over the mountains of Czechia beyond. Walking paths weave and wiggle through boulders and over meadows to their top – awesome in summer. In winter, try the charming town of Karpacz, where ski slopes and Scandi-style timber churches sit huddled under the snow.

41 of the Best Things to Do in Poland

41 of the Best Things to Do in Krakow

45 of the Best Things To Do in Japan

10 of the Best Rooftop Bars in Toronto