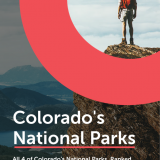 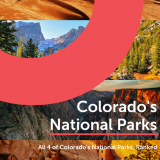 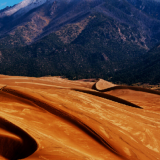 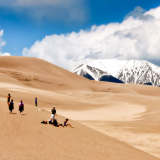 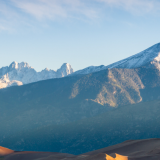 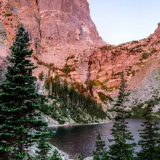 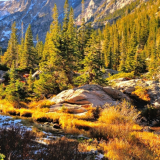 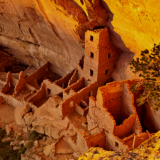 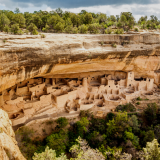 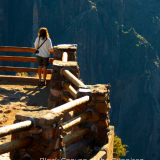 “Nil Sine Numine” — Nothing Without Providence. It’s a fitting motto for a state that seems to be providentially blessed with beauty in every corner. Colorado is home to some of the most varied terrain in the continental United States, with its mountains, mesas, and deserts preserved in four national parks.

If you’re feeling overwhelmed by the sheer beauty and scale of the sights in this great state, I’m here to assure you that getting a taste of it all is totally doable. In just a few weeks over the summer, I was lucky enough to visit each of Colorado’s national parks: Rocky Mountain, Mesa Verde, Black Canyon of the Gunnison, and Great Sand Dunes. But if you’re wondering which national park gives the most bang for your buck — whether it be money or time you’re worried about — you’ve come to the right place.

Below, I’ll rank Colorado’s four national parks top to bottom, in order of “Absolutely Cannot Miss” to “See If You Can.” Keep in mind, though, that the true beauty of these parks is that each one caters to a particular set of needs; Rocky Mountain may be best out of the four for hikers, but if you’re more into easygoing sightseeing, Mesa Verde or Black Canyon of the Gunnison will be more your speed. But for sheer wow factor, Great Sand Dunes, easily. It’s up to you to decide for yourself, but our ranking is as follows:

The statistics speak for themselves: Rocky Mountain National Park is the third most visited national park in the United States and the most popular in Colorado, for good reason. Of the park’s nearly 450 square miles, 100 of them are breathtaking peaks, and 350 more are hiking trails that weave through the park. Rocky Mountain possesses something classic, something that can’t be outdone in its simplicity. This is the quintessential US national park, abundant with opportunities for hiking, camping, and sightseeing through mountains and woods.

Rocky Mountain National Park is home to some of the best views in all of Colorado, especially along Trail Ridge Road, where you can stand amidst the Rockies looking out onto the range in every direction. Longtime favorite hikes like Bear Lake and Emerald Lake Trail offer great picnic spots for the family, while more adventurous hikers can take on the beautiful Chasm Lake or Mt. Ida summits, to name just a few. And what’s best about Rocky Mountain National Park is that it’s an entire destination where you can either camp or relax in the nearby mountain town of Estes Park. But even if you only have a day, and you’re driving in from Denver or another part of the state, Rocky Mountain National Park can’t be topped.

Personally, I’m a little upset that I have to leave Mesa Verde in second place. It’s for good reason, but let’s leave it at this for now: this is not a park you want to miss out on if you’re anywhere near Southwestern Colorado. Despite having visited Mesa Verde twice, it’s the sort of park I could come back to again and again with a fresh sense of wonder.

As the largest archeological preserve in the United States, Mesa Verde offers views of more than 600 cliff dwellings carved into shallow mesa shelves by ancestral Pueblo people over the course of centuries between 550 and 1200 AD. Since 1906, people have been hiking, horseback riding, and now driving into the park to look at the cliff dwellings from across a shallow canyon where they look like tiny, windowed nests packed into caves. You can even take guided trips into the dwellings that housed entire communities thousands of years ago.

This is a highly accessible park. With few options for hiking (except in winter, when several roads throughout the park are closed and you’re welcome to snowshoe to sites), most visitors drive through, stopping at dig sites and reconstructed kivas as well as at overlooks of the famous Balcony House and Cliff Palace. If you’re looking for something strenuous, look somewhere else, but there’s nothing in Colorado—or maybe on earth—quite like Mesa Verde.

Colorado’s least-known and least-travelled national park is a favorite among locals, not just because it’s hidden, but because it’s an absolute gem. It deserves a spot on this list—and yours— if you’re a hiker and if you like incredible views that are sure to instill a sense of the sublime.

To get to Black Canyon of the Gunnison National Park, which lies in the heart of Southwestern Colorado’s Gunnison Basin, you’ll pass through the Curecanti National Recreation Area (well-worth its own visit) and through the sleepy, hilly towns of Montrose or Hotchkiss. You’ll have to wind around the mesa on top of the canyon where you can stop off for scenic overlooks every few miles or so. You don’t even have to hike to make a stop in the park worth your while; taking in the unbelievable views of the Gunnison River cutting through the gorge 2,000 feet below on your way to the trailhead should be enough to fill up any nature-lover’s cup (or freak anyone out).

If you are interested in a hike, you’ve come to the right place. If you’re interested in crazy-hard hikes, well, you’ve come to the right place, too. Two trails in the park offer inner-canyon excursions for the ultra-experienced and extra-cautious. (Park Rangers suggest getting a guide for the Inner Canyon Trail and the North Rim routes.) For those of us less inclined to break a leg trying to make it to the bottom of the canyon (personally I’ve only heard the views there are breathtaking), several trails will take you to the summit overlooking this massive geological fissure on one side and rolling red mesas on the other. Along the way, you’ll stop at rocky outcrops overlooking the deepest parts of the Canyon, marveling at how tiny the river looks from such a great height. The Black Canyon is Colorado’s best kept secret, probably because its scale is nearly impossible to capture in photos and even difficult to fathom in person.

Great Sand Dunes National Park is exactly what it sounds like. “Great” in both meanings of the word, this park is awe-inducing and also really, really large. That’s what you’ll think when you’re driving out to the dunes from Alamosa and see them appear as if from out of nowhere, nestled between Southeastern Colorado’s Sangre de Cristo Mountains.

The Great Sand Dunes are in fact North America’s tallest. The summit of the highest peak stands at 750 feet and takes between 6 and 9 hours to hike 8 (rather strenuous) miles. Any hiker looking to take on the dunes should carefully consider a number of critical climate factors, such as the direction of “storm winds,” listed on the park’s official map, as well as sand temperatures, which can reach up to 150 degrees at the height of summer.

But the beauty of the park is in the variety of activities it offers. Namely, you’ll want to stand there with your jaw dropped, but you can also camp, sandboard (yes, really!), or hike year-round into the surrounding mountain ranges where you’ll find basin lakes and abandoned 19th century settlements. Whether you have an entire weekend or just a few hours, Great Sand Dunes is a natural wonder that you won’t want to miss.

Castles in America: Discover Your Own Fairytale

Black Canyon of the Gunnison National Park: The Complete Guide for 2023