10 of the Best Things to Do in St. John’s, Newfoundland 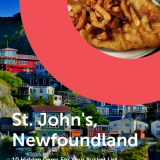 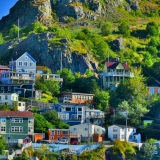 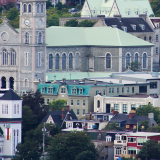 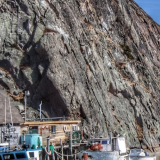 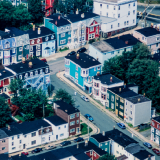 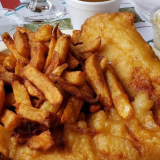 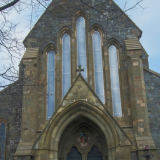 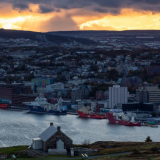 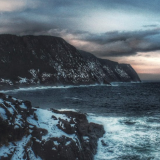 Perched on the edge of the continent, St. John’s is not only Newfoundland and Labrador’s capital, but its largest city. Founded in 1497, it is arguably the oldest European settlement in North America and its most easterly.

Noted for its brightly painted rowhouses, foggy weather, and a culture best described as the-most-Irish-place-outside-of-Ireland, St. John’s is a scenic place unlike any other city in Canada. From art galleries and pubs to the best views of the city, here are 10 of the best things to do while in St. John’s.

Marvel at the Architecture of the St. John’s Basilica

The Basilica-Cathedral of St. John the Baptist (usually just called the Basilica) sits on the highest ridge in the city and dominates the skyline. Completed in 1855, it was the largest church in North America at the time and it remains the second largest church in Canada today. One of the earliest examples of Romanesque Revival architecture in North America, its sculptures and stained-glass windows alone make it worth a visit. Highlights include the largest collection of 20th century Irish Arts and Crafts style stained glass in the Western Hemisphere and Irish sculptor John Hogan’s masterpiece, The Dead Christ.

Take Tea in a Crypt at the Anglican Cathedral

Not to be outdone, the Anglican community began building their landmark church, the Cathedral of St. John the Baptist (referred to as the Anglican Cathedral), around the same time as the Basilica. The work of architect Sir George Gilbert Scott—famous for the Albert Memorial and St. Pancras Station in London—the cathedral is considered one of the best examples of the Gothic Revival in North America. For a unique experience of this building, head down to the crypt where tea is served every Wednesday and Saturday afternoon.

George Street is St. John’s nightlife district and claims to have the highest density of pubs per square foot in North America. While I’m not sure how you’d actually go about verifying that claim, tiny George Street in downtown St. John is the place to go for a night out, especially given that last call here isn’t until 3:00 am. Closed to vehicles from afternoon until late at night, George Street is one of the more touristy areas of the city, but it still has plenty of genuine local pubs and great live music.

Play with the Seals at the Ocean Science Centre

Located on scenic Logy Bay, the Ocean Science Centre is a cold ocean research lab run by the Memorial University of Newfoundland. It is open to the public and free to visit with a touch tank featuring lobsters, starfish, and other marine animals. The main attraction, however, is the larger tank outside where harp seals can be found playing or sunbathing.

Catch Views of the Icebergs from Signal Hill

Signal Hill, topped by St. John’s most famous landmark, Cabot Tower, is impossible to miss and a must-do attraction. The last North American battle in the Seven Years’ War occurred here and it’s where Guglielmo Marconi received the first transatlantic wireless signal. Trails around Cabot Tower and the Queen’s Battery offer great views of the city and harbor, while the Ladies Lookout Trail is best for taking in the ocean. Visit in spring or early summer and there’s a good chance you’ll see icebergs and, if you’re really lucky, whales.

Head to Freshwater Road for the Best Fish ‘n’ Chips

Fish ‘n’ chips is serious business in Newfoundland and everybody here has their own opinion about which restaurant is best. Most pubs and restaurants do fish ‘n’ chips very well, so don’t stress too much about missing out. However, two of the most famous places are conveniently located steps from each other on Freshwater Road: Ches’s, which has five other locations around Newfoundland, and Leo’s. Try one, walk half a block to try the other, and decide for yourself which is best!

Take a Hair-Raising Walk Along The Battery

The Battery is one of St. John’s oldest neighborhoods and arguably its most scenic. Perched precariously at the base of Signal Hill, homes here seem to defy gravity as they cling to the cliffs on one side and overlook the harbor on the other. While you can drive through The Battery, be warned that the roads get extremely narrow, making walking a less gut-wrenching experience. At the end of Outer Battery Road begins the North Head Trail, which hugs the cliffs of Signal Hill and has great views of the Fort Amherst Lighthouse and Cape Spear, the most easterly point in North America.

Get a Taste of Village Life at Quidi Vidi

If you don’t have time to get outside St. John’s to see Newfoundland’s scenic fishing villages, Quidi Vidi (pronounced either “kitty viddy” or “quaidah vaidah” depending on which part of the city you’re from) is the next best thing. Located north of Signal Hill, Quidi Vidi is a historic village nestled in a rocky harbor. While it has become a popular tourist spot due to its postcard views, it is still a functioning fishing village with boats coming in and out of the harbor throughout the day. It is also home to an artist’s colony, hiking trails, and a microbrewery housed in a former fish plant.

Stay in Genuine Titanic Surroundings at the Ryan Mansion

The Ryan Mansion is a hidden gem built in 1911 by James Ryan, then Newfoundland’s wealthiest person. When Ryan heard about a luxurious ocean liner called the Titanic being constructed in Belfast at the time, he hired the ship’s craftsmen and builders for his new home. The result is a house that incorporates many details found on the Titanic. Today, the luxury hotel occupying the Ryan Mansion leans heavily into its Titanic connection, even serving a six-course meal based on the final first-class menu served on the famous liner.

Wander the Streets of Downtown

St. John’s is an old and hilly city with maze-like streets and colorful buildings, and the best way to experience it is by simply wandering around the historic core. Water and Duckworth Streets are Downtown’s two main thoroughfares with plenty of shops, cafes, and restaurants. They are connected to one another by a number of narrow staircases, like Solomon’s Lane and McMurdo’s Lane where small neighborhood pubs are often tucked away. Head up just about any of the steep residential streets away from the harbor to see St. John’s famous “Jellybean Rows,” historic row houses painted in vibrant colors.

Best National Parks in Canada for the Nature Enthusiast

46 of the Best Things to Do in Toronto

44 of the Best Things to Do in Canada

31 of the Best Things to Do in Montréal

10 of the Best Rooftop Bars in Toronto