National Park of American Samoa: The Complete Guide for 2023 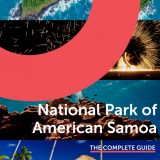 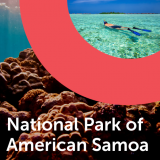 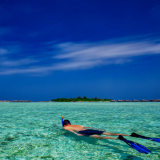 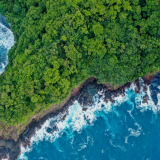 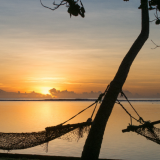 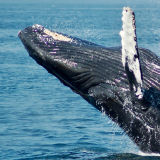 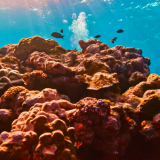 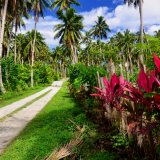 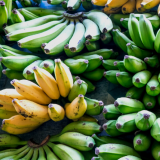 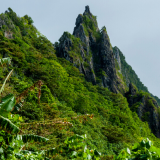 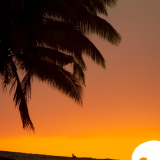 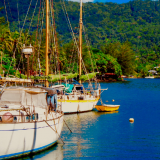 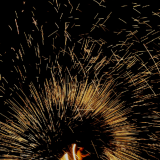 With acres upon acres of verdant tropical rainforests, pristine beaches, and teeming coral reefs, National Park of American Samoa is a true hidden gem. Almost one-third of the park’s surface is underwater and home to an astounding 250 coral and 930 fish species, making it one of the country’s marine biodiversity hotspots. The only downside? This island isn’t easy to reach. Due to its remote location in the South Pacific (it’s the only national park south of the Equator!), it counts among the country’s least-visited national parks with only a little over 5,000 people ticking it off their bucket list every year.

Where is the National Park of American Samoa

The Best Time to Visit

Located a mere 14 degrees south of the equator, American Samoa boasts a tropical climate with warm temperatures, frequent rain showers, and high humidity all year round. The best time to visit is between June and August when the weather gets slightly cooler and drier. The rainy season in National Park of American Samoa runs through winter (from October to May), so that’s when you are most likely to experience tropical storms. They can arise at a moment’s notice, so be sure to check the weather forecast before putting on your hiking boots.

The National Park of American Samoa is open 24 hours a day, year-round. The visitor’s center is open on weekdays from 8:00am to 4:30pm and closed on public holidays. Some areas of the park are occasionally closed due to trail maintenance and safety measures. For current status and updates, check out the park’s alerts on closures.

Note: Although the National Park of American Samoa remains open, all international flights to American Samoa are currently suspended due to COVID-19.

The entrance to the National Park of American Samoa is free.

There is only one way to get to American Samoa from the mainland United States: a five-hour Hawaiin Airlines flight from Honolulu. If you’re visiting from Australia, New Zealand, or Fiji, you’ll land at the International Airport at Upolu in neighboring Western Samoa. From there, hop on a half-hour flight to Pago Pago, the capital of American Samoa. Samoa Airways will get you to the rest of the park, but keep in mind that there are only four weekly flights to Ta’ū and one to Ofu. If you are feeling adventurous, you can catch the occasional passenger ferry to make the crossing.

Take a sensational (medium to difficult) hike with South Pacific Watersports and Fitness. Tours can be booked at the visitor’s center in Pago Pago. For less strenuous excursions, TourAmericanSamoa will have you covered with their historical tours and visits to Samoan rainforest villages. Not what you’re looking for? They’ll be happy to put together a customized tour just for you.

There is no shortage of accommodation ranging from traditional fales (beach huts) to inns, hotels, and resorts close to the National Park of American Samoa. Here are our favorites:

Several modest Airbnb lodgings are dotted around the harbor of Pago Pago, within a short drive from the park. The islands of Ta’ū and Ofu have no Airbnb rentals.

You’ll have to leave your camping gear at home; camping is prohibited on the entire territory of the National Park of American Samoa.

Hiking in the National Park of American Samoa

Although a handful of easy trails wind through the National Park of American Samoa, the steep terrain of unstable volcanic soils combined with frequent heavy rainfalls can turn your hiking trip into a perilous adventure. Be warned that the park lacks any advanced search facilities (the nearest Coast Guard is in Hawaii). Take extreme caution as there may be no one to rescue you.

Best Things to Do in American Samoa National Park

Start at the visitor’s center in Pago Pago

The small volcanic island of Ofu is one of the world’s most spectacular snorkeling locations with crystal-clear waters and enchanting reefs. The only catch is, there is nowhere to rent equipment on the island, so make sure to bring your own.

With its waters teeming with bright, soft corals and technicolored fish, Forbidden Bay is among the most beautiful bays in the South Pacific. It is a short walk from the pretty village of Fagasā, right at the edge of the National Park.

There are few places on the planet better suited for exploring the vibrant underwater world than the National Marine Sanctuary of American Samoa. The star attraction is the 20-feet tall Porites coral dubbed Big Momma.

Look out for colorful, tropical doves and imperial pigeons, lupe, featured in countless Samoan proverbs and expressions. If you’re lucky, you’ll catch a glimpse of the bristle-thighed curlew, a rare migratory bird from Alaska.

The soft pink stretches of sand surrounded by jagged volcanic peaks of the Ofu island count among the world’s most stunning and secluded beaches. The calm turquoise water is perfect for swimming and snorkeling.

Join the park’s homestay program to spend a few days living with locals in a rainforest village. And the best part is, you’ll be helping your Samoan hosts with everything from fishing to gathering fruit in the rainforest and collecting giant clams on the reef.

More Things to in American Samoa

Tutuila Island is the perfect place for history buffs. Blunt’s Point gun batteries and Breaker’s Point naval guns were set up here to protect Pago Pago after the attack on Pearl Harbor. The Japanese, however, only attacked once. Ironically, the missile launched from a submarine landed on the island’s only Japanese shop.

The Jean P. Haydon Museum, named after the wife of the governor who welcomed the Apollo astronauts in 1970, displays an eclectic mix of Samoan artifacts and moon rocks, along with the American Samoa flag that was taken to the moon on Apollo 11.

Between August and November, keep an eye out for southern humpback whales on their migratory voyage from the Antarctic. You can spot whales and their calves from almost any spot on the island that overlooks the ocean.

No visit to American Samoa is complete without experiencing fiafia, a performance of Polynesian slap and fire knife dances. Fiafia nights are traditionally accompanied by feasts of local delicacies of breadfruit, taro leaves in coconut cream, raw fish, and seafood cooked on hot volcanic rocks.

Watch the sun set and spend a night star gazing

The Saua village on Ta’ū Island is home to the earliest Polynesian settlements. Legend has it that Saua was the spot where the god Tagaloa created humans before sending them out to Polynesia.

Spend a day in Pago Pago

Tucked away in the crater of an extinct volcano, Pago Pago holds the unlikely record of being a harbor with the highest annual rainfall in the world. While in Pago Pago, take a ride on a colorful aiga bus with blasting music. There are no schedules and no stops—simply knock on the window when you want to get out.

Don’t leave without trying Samoan panikeke, fried donuts with tropical banana flavor. We recommend sampling the favorite Samoan street food at Pago Pago’s Fagatogo market while you people watch and hang out with the locals.

The Last Place on Earth to Celebrate New Year's Eve