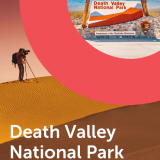 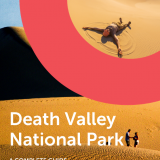 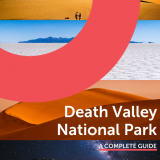 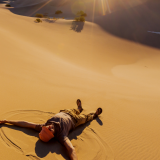 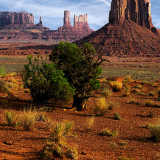 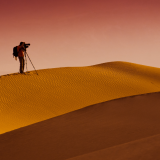 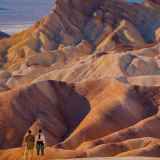 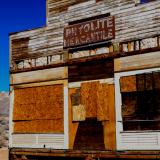 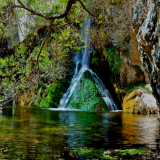 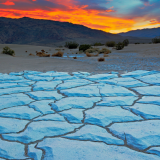 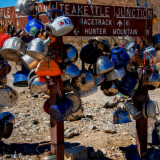 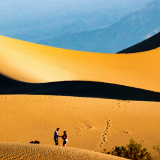 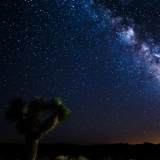 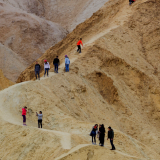 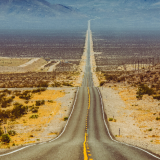 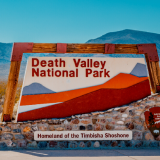 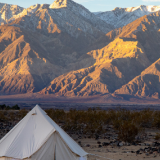 Death Valley National Park. Just let that sink in for a moment: Death Valley. What sort of place could possibly inspire such a macabre moniker? Well…how about one of the hottest and driest places in the Western Hemisphere? How about a vast, Mars-like landscape of rust-red dunes and badlands that extends over three million acres between the Mojave and the Sonoran deserts? Sounds about right.

Yep, this California national park lives up to its name with soaring mercury readings that routinely peak over 125 degrees Fahrenheit in the summer months. Just in case you’re wondering, that’s not laze-in-my-sunnies sort of heat. It’s enough to fry eggs on the ground. Basically, you’re about to tread foot in one of the most inhospitable, untamable corners of the United States. Enjoy!

Of course, that’s not the whole story. This is actually an incredible hinterland. It ranges through dusty slot canyons and saltpans, across gallery woods of Joshua trees and wild sage, and up to soaring alpine zones with the often-snowy summit of Telescope Peak (11,043 feet). That means that Death Valley adventurers will have oodles on their plate. From clear night skies to whispering dunes, soaring viewpoints to gurgling hot springs, this land of danger is also riddled with gems…

Where is Death Valley National Park?

Look for Death Valley National Park in the far eastern reaches of Southern California. In fact, it’s so far east that one side of the reserve is delineated by the Nevada state line. To the west, the Sierra Nevada mountains form a big rain wall, drawing all the moisture out of the air before the clouds roll over the Mojave Desert. 185 miles north lies Yosemite (California’s biggest national park). Keep cruising 300 more miles in the same direction and you’ll reach California’s fiery Lassen Volcanic National Park. Las Vegas is actually the closest city (it’s just 110 miles as the crow flies). A lot of travelers also come in from LA, which sits 190 miles to the south-west.

Getting to Death Valley National Park

McCarran International Airport in Las Vegas has the best proximity to the sun-scorched lands of Death Valley. It’s around 120 miles from the eastern entrance to the reserve and has loads of car rentals (just be sure to check your hire wheels are allowed to cross state lines, because you’ll be taking I-15 across the California border). Drivers coming from the west usually plan their trip from LA or San Francisco, using either I-5 via Bakersfield or the I-15 via Baker.

Death Valley and its strange surroundings ooze superlatives. Everyone knows that some of the hottest temperatures ever recorded on the planet have been set here—a whopping 134 F was the peak back in 1913. But there’s more. The park dips to below sea level with Badwater Basin, which reigns as the second-lowest point in the Western Hemisphere at 86 meters under. What’s more, this is the largest national park in the contiguous USA, dwarfed only by the mighty reserves of Alaska up north.

We’d say scratch any dreams of a summer holiday in the depths of Death Valley. It’s just not the time to go here. You’re looking at sweat-inducing temps of over 120 F most days, and endless sunshine. Much better are the shoulder seasons of spring and fall. They are noticeably cooler but also way less busy. Months like April and May probably stand out from the crowd on account of their wildflower displays, which bring fields of mariposa lilies, desert chicory and dandelions in the wake of the winter rains.

As per all national parks in the USA, Death Valley is open all day, every day. The only times you might find there’s an issue getting in is when there’s maintenance on the access roads. Occasionally, bad weather—usually excessive heat— closes some of the paths. The main visitor’s center, Furnace Creek Visitor Center, is open 8am to 5pm daily. The park is currently under limited operations due to COVID-19. For recent COVID status and frequent updates, check out Death Valley National Park’s alerts and conditions.

All vehicles wanting to roll into the desert roads the crisscross Death Valley National Park will need to pay an entry fee. That’s currently $30, which covers seven days of access with as many exits and returns as you like. Motorbikes get in for $25 and individuals on bikes or with hiking boots can get the pass for $15. An annual pass for Death Valley costs $55.

If you’re ready to stretch your legs (but not sure where to start), here’s a list of 15 of our favorite hiking trails in Death Valley National Park:

Planning a night under the stars? Here are some of the best campgrounds and campsites inside and outside of Death Valley National Park:

If camping isn’t your thing, there are plenty of resorts, hotels, hostels, inns, cabins and B&Bs within a quick drive of Death Valley National Park. Here are some of our favorites:

Because the national park is so darn big, there are all sorts of small Californian and Nevadan towns where you can look to find that perfect Death Valley Airbnb within reach of the dunes and deserts. Pahrump is a prime example. It’s over the NV state line and comes packed with everything from affordable trailers to chic modern condos. The US 395 route is a focal point for rentals over in the Golden State. Airstream caravans, glamping pods, and Wild West ranches are all in the offing there.

There’s a fine array of ranger-led walks on the menu in Death Valley National Park. They take travelers over the dramatic peaks of the Golden Canyon and the inhospitable environs of the below-sea-level Badwater region. Along the way, guests are treated to talks on the local flora and fauna, along with a touch of Gold Rush history. Paid guided tours with private companies also exist. They range from backcountry Jeep rides to nocturnal stargazing outings.

There’s hardly a more stunning view than the panorama of the crumpled Amargosa Range from Zabriskie Point. Get up early. Charge the camera. You’ll want to make it here before the crowds. The unfolding terrain before your eyes includes a dried-up lakebed that’s more than five million years old, sinewy peaks like the Red Cathedral, rock formations like the Manly Beacon that would look right at home on the Moon—the list goes on.

Welcome to the lowest point in all of North America. Dipping down to a negative 279 feet, Badwater Basin is a desolate patchwork of salt crystals and mud pans. Visitors can plunge into the midst of this alien landscape by driving some 30 minutes south of Furnace Creek. There’s a marked trail that showcases some of the most amazing salt formations and flood plains, all set in stark contrast to the looming brown-paper mountains on the horizon.

Built by the unlikely duo of maverick cowboy Walter Scott and the Chicago tycoon Albert Mussey Johnson back in 1922, Scotty’s Castle is an intriguing window onto the more recent human history of Death Valley. It sits in the northern reaches of the park, steeped in Gold Rush heritage and imbued with original design features and furnishings. On guided tours, guests can also uncover more than 400 meters of dug tunnels that were mysteriously constructed beneath the building.

More Things to Do Near Death Valley

Hang a Kettle at Teakettle Junction

Climb to the Roof of Telescope Peak

Squeeze Between Gorges on the Mosaic Canyon Trail

Spend a Night Under the Stars

Live on the Edge at Ubehebe Crater

Sign up For a Tour at the Furnace Creek Visitor Center

Watch the Sunrise at Dante’s View

Trek Along the Devil’s Golf Course

Pass Under a Natural Bridge

Explore the Ghost Town at Rhyolite

Complete List of National Parks in the US By State

Black Canyon of the Gunnison National Park: The Complete Guide for 2022